You Can’t Out-diet a Bad Mindset

“You can’t out-exercise a bad diet”

You’ve heard that before, right? It’s such a simple concept for people to understand this relationship between nutrition and exercise when it comes to fitness. However, the concept of mindset is swept under the rug far too often.

The truth is it’s often not a person’s lack of implementation regarding exercise/nutrition that holds them back, but instead their mindset around the subject. Why?

Because we act in congruence with who we think we are.

Time and time again, I will have a client come to me and list off 5-10 different mechanisms that won’t ‘work’ for them. Some of these will hold validity (not enough food, short term focused, etc.) but a good majority of these mechanisms simply don’t work because they cannot conceptualize the idea of themselves actually being successful at those mechanisms.

People use past failures as references upon which they predict outcomes of future endeavors.

This is why I can’t stand when coaches program ‘jump’ their clients from one nutritional protocol to another to another, reducing calories and adding exercise in hopes something will ‘click’. In reality they are targeting change from a surface standpoint instead of the rooted problem.

Here’s an example of understanding how your mindset is affecting your diet….

CL: “I messed up this weekend, AGAIN. Went out with my friends and ate/drank way too much. Oh well..”

PT: “Ahhh, yes I recall that happened last weekend as well. Why do you think that is so?”

CL: “I don’t know I told myself I wasn’t going to do it again but I went to the bar with them and I just felt stupid not eating what everyone else was or drinking at all. I don’t want to give up my social life.”

PT: “I wouldn’t want to give up my social life either! What about not drinking and eating would make you feel stupid?”

CL: “I don’t know, cause everyone else was I didn’t want to seem weird or stuck up.”

PT: “Okay. So their approval is something you really value?”

PT: “I get that. What happens if you don’t get their approval?”

CL: ” They would probably get sick of it and not want to be my friend after a while..”

Boom, not going any further into that one, that is all we need to understand. The bottom line reason for this client not adhering to the new behavior is because of his/her fear of abandonment (or whatever you want to call it) losing friends, and social standing. Something I may ask that person to do is ask themselves the question….

“But in winning your friends approval, aren’t you consequently losing your own?”

This is just one example of a situation in which things need to be ‘dug’ at further. Much of the time it’s not a diet/exercise problem that people have, it’s a behavior/habit problem.

Nutrition and exercise protocols that simply look at just these two compartments are not enough for most people. Most people need scientifically proven strategies to promote behavior change in and throughout their programs. Some common things that don’t have to do with nutrition/exercise but can hold people back are… 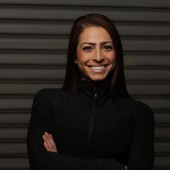 3 Easy Tricks for Eating Out without Sacrificing Your Goals