My social media is flooded with everyone posting & chatting about their year. Honestly, it’s so encouraging to see. I’m obviously surrounded by some seriously AWESOME people!

Every year (around the first week of the year BC it’s Mitchell’s birthday 1/6 😁) we set goals. This started back in November 2011 when we were wrapping up the toughest year of our lives up until that point. We were gearing up to move from our home town, where we literally grew up. (We met in 5th grade if that tells you how anchored we were 😳) haha. Anyway… on one of our drives to TN looking at places to live we started a list of accomplishments from 2011 & some goals we wanted to achieve in 2012. This started a really fruitful tradition.

Fast forward…going into 2014 we added a “theme” for our coming year. We saw how our decisions each year were sort of leaning toward certain directions & we also began recognize how some of them didn’t necessarily get us closer to the goals we set for ourselves. How could we be sure the decisions we were making throughout the year were actually leading us toward a common goal?

Ah ha! We needed a vision, not just a goal. Having a plan of attack, so to speak, would help us filter each decision through the year.

We will all get somewhere, will you get there on purpose? – Josh Gagnon

So, now each year has a theme & a filter to sift ideas/decisions through to be sure each one supports the end goal.

2013’s theme was Margin. I had so much I wanted to accomplish, but I struggled in the past with over commitment & then not accomplishing 1/2 of want I truly intended. Last year, 2015, the theme was Preparation: Live like no one else; to live like no one else. I didn’t know what I was preparing for, although I had some things in mind. 😏 Reflecting on 2015, I can definitely see areas that required our preparation…even when I thought I was preparing for something else. I love how God does that, by the way. Ultimately, many of the goals that we set were a direct reflection of our desire to be in His will. (more on this in future post.)

Back to the point, haha, my theme for 2016 is Intentional: We will all get somewhere, will you get there on purpose? Being intentional is vital when you aim to achieve big goals. This typically requires setting some smaller touch points on the way to your end point in order to ensure your headed in the right direction.
Here are the categories I use when setting my goals:

I aim to set 3-5 goals within each of those categories. Some of those 3-5 goals include the touch points that will get me to my end goal. Other times they’re complete separate goals.

What’s your theme for this year? I would love to hear what you have planned & some ways to hold yourself accountable!  Leave your comments below =) 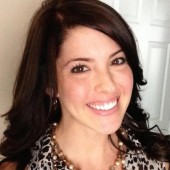 Is there a problem with Exercise Science?

The mental side of progress…